Two dozen University of Minnesota Medical School students traded in their stethoscopes for screwdrivers to help build a new home for a St. Paul family in need.

“Our construction leaders encouraged us to follow the safety tips so that we wouldn't have to use any of our medical knowledge or practice our suturing skills,” joked Jamie Hammer, a fourth-year medical student.

Hammer co-chairs the service committee of the Medical School’s chapter of the Gold Humanism Honor Society (GHHS). The chapter, which exclusively admits fourth-year medical students, leads several community service projects throughout the year. One of those projects bands together the Medical School community for a day of volunteering with Habitat for Humanity.

“You drive through St. Paul, and you think that, ‘Oh, this neighborhood was probably so cool in it’s time,’ but now, the houses are old and kind of broken down,” Hammer said. “You drive through it after Habitat for Humanity comes through, and they really spruce things up. They bring up the curb appeal of the whole neighborhood and really impact the whole community, rather than just that one family.” 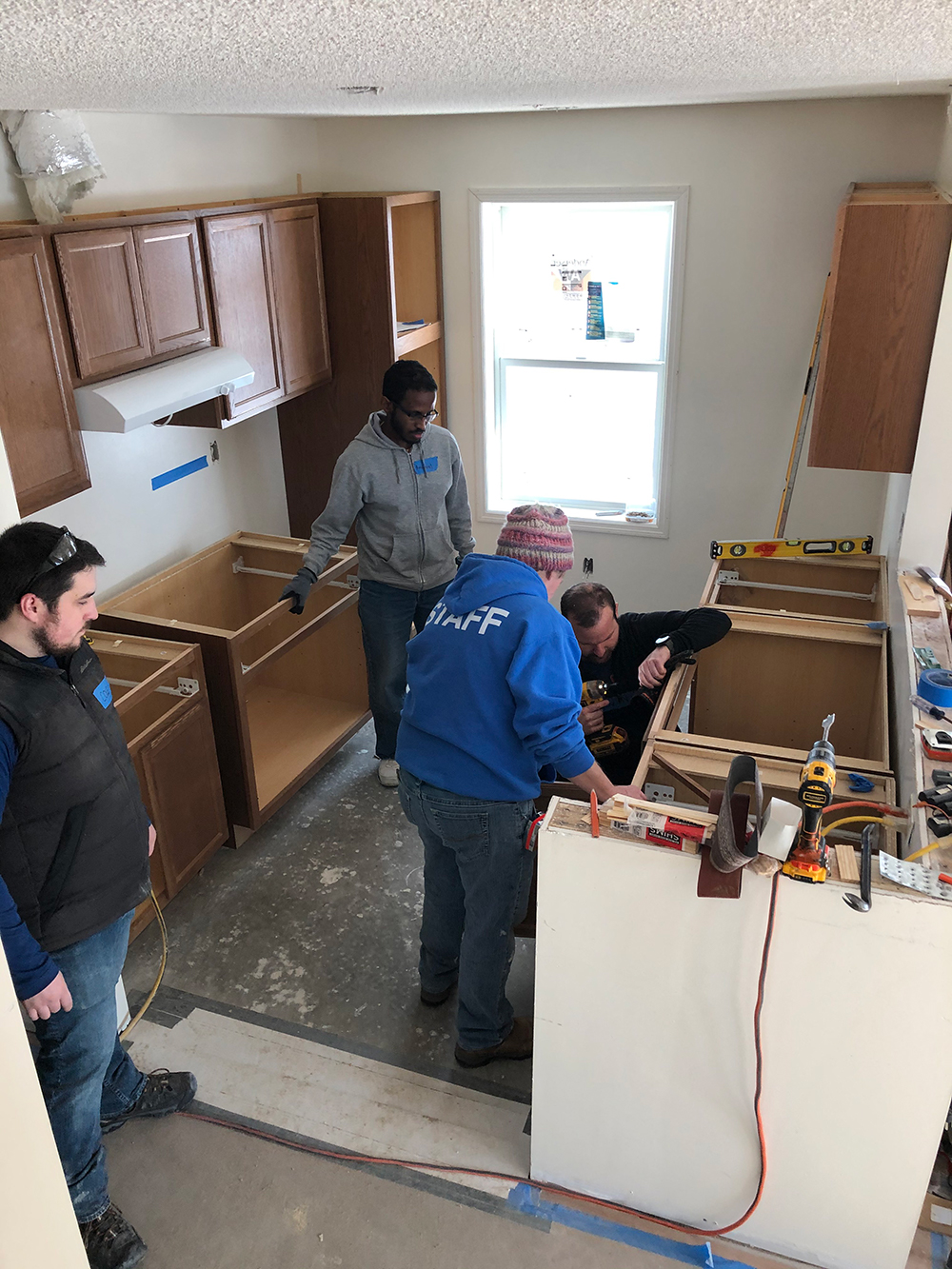 And, 24 students—representing all four years of medical school—played a role in that impact for a blossoming neighborhood in St. Paul. Nestled on a three-acre piece of land on Maryland Avenue will soon be 11 new homes, five of which have already been constructed. The group braved a cold, January Saturday to work on one of those five homes, adding the finishing touches before its new family arrives in a couple months.

“The main projects were caulking trim, painting, installing closet shelving and kitchen cabinets and, of course, prepping and cleaning the workspaces before and after we worked in each area,” Hammer said. “The blue home is where we completed the bulk of our work and is promised to a mother of two children who has been involved in the construction process since it began.”

Hammer says the community isn’t the sole beneficiary of the work. Because the group of volunteers ranged from first-year to fourth-year medical students, they used the unique opportunity of being under the same roof to mentor and build relationships with one another. In all, she says, it made them better people and better medical providers.

“In medical school, we sometimes get caught up thinking that the only way we can give back to our community is through this knowledge that we are building, and I think exploring the ways that we can give back with talents outside of medicine is something that often gets overlooked,” Hammer said. “Volunteering helps you better understand the community that you are working in and helps you better understand the people that you are working with. You’re not some fancy doctor who’s showing up to St. Paul to practice just for one day. You’re a person who really loves and wants to interact with that community. We’re the Twin Cities medical campus, and being able to benefit a community that we live in is a real blessing.”