Research Hopes to Learn How to Prevent Chemoresistance in Ovarian Cancer

Research backed by federal funding and led by researchers at the University of Minnesota Medical School looks to better understand one of the hardest cancers to detect and treat in women—ovarian cancer. Martina Bazzaro, PhD, an associate professor in the Department of Obstetrics, Gynecology and Women's Health, has received support from the National Institutes of Health and the Department of the Defense to study cellular proteins involved in ovarian cancer chemoresistance.

“One of our goals is to look at the effect of a protein called, UNC-45A, in ovarian cancer chemoresistance,” said Dr. Bazzaro, who leads the research in collaboration with David Odde, PhD, in the College of Science and Engineering. “We have some understanding of why and when chemoresistance happens, but clearly there is much more work that needs to be done to fully understand the complexities of it.” 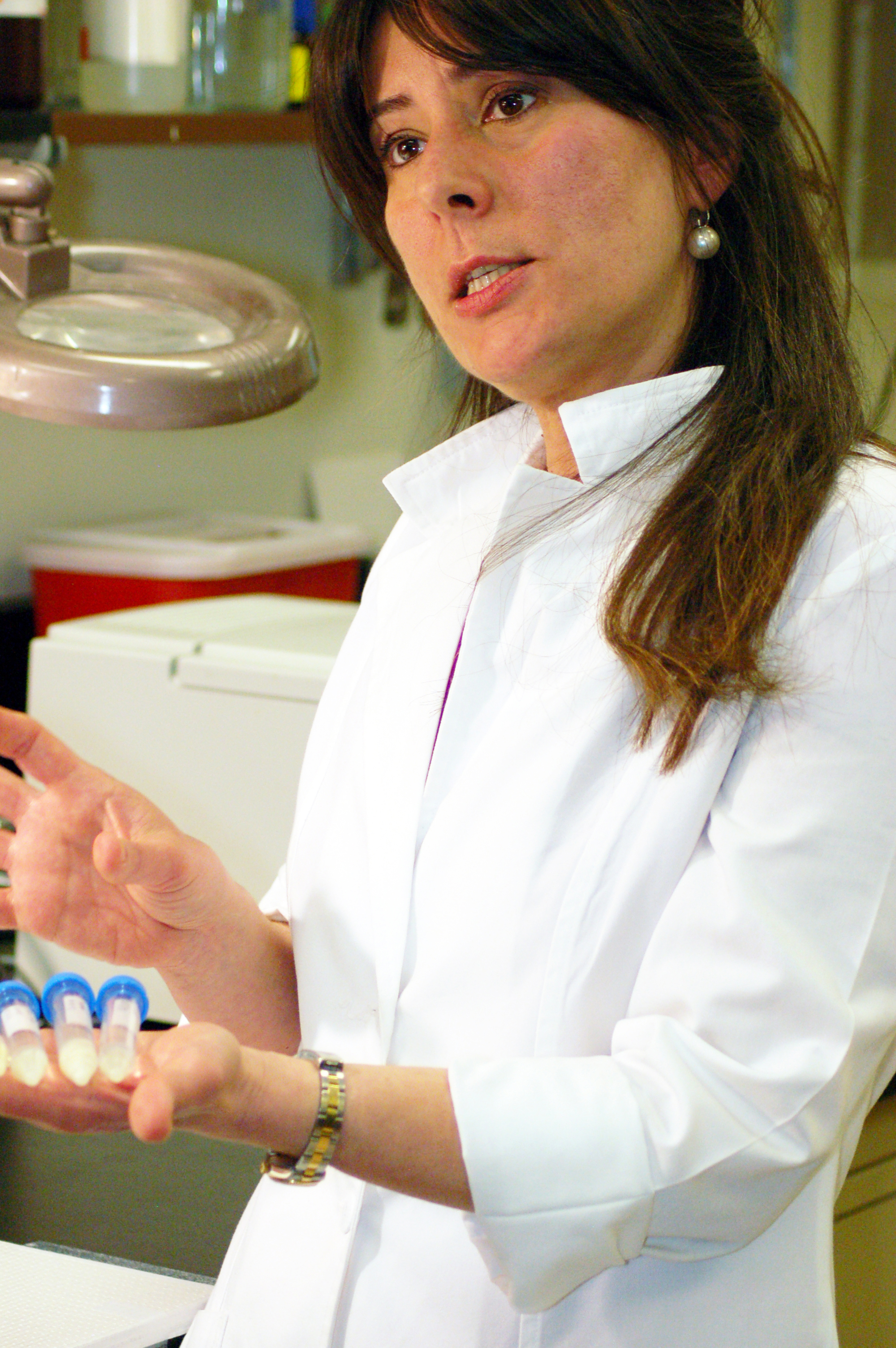 Dr. Bazzaro’s knowledge about this protein dates back more than 10 years when she first started studying UNC-45A as a fellow at John Hopkins University. At that time, she was part of the team who first discovered this protein’s role in cancer cells and in ovarian cancer. Today, she says, only a handful of laboratories in the world study UNC-45A, including her own.

“When I came to the University of Minnesota as a new assistant professor, me and my graduate student, Ashley Mooneyham (now a PhD) found that, during the cancer process in patients, cancer cells resistant to paclitaxel (a common type of chemotherapy) increased the amount of this protein. We then found that more UNC-45A in the cells caused cancer cells to become much less sensitive to paclitaxel,” Dr. Bazzaro said.

Paclitaxel kills cancer cells by preventing them from dividing properly. It makes microtubules—a sort of rubber band inside the cells that help them divide and grow—more rigid, causing the cancer cells to die. However, Dr. Bazzaro and Melissa Gardner, PhD, found the protein UNC-45A, inside cancer cells, acts by destabilizing microtubules and, therefore, counteracting the chemotherapy and causing chemoresistance. Dr. Bazzaro’s research looks to find a way to inhibit the effect of this protein, giving hope to ovarian cancer patients whose first line of defense is typically chemotherapy.

“A majority of ovarian cancer patients are diagnosed very late,” she said. “By the time the cancer is detected, the cancer has spread. These patients will undergo debulking surgery, where the surgeon goes in and removes the cancer, followed by chemotherapy to kill any cancer not removed by surgery. Unfortunately, in most cases, the cancer returns because it develops resistance to the chemotherapy.”

Because paclitaxel is the most commonly used chemotherapy agent to treat all cancers, Dr. Bazzaro says her research may help find answers to combat chemoresistance in more than just ovarian cancer—it’s possible UNC-45A plays a crucial role in other human cancers and in neurodegenerative diseases, like Alzheimer’s, which affects mostly elderly women.

“One of the goals of my research is aimed at understanding the basic biological mechanisms of UNC-45A,” Dr. Bazzaro said. “We believe this will lead to how cancer cells develop chemoresistance and why neurons die in Alzheimer’s disease. As we understand how this protein works, the more we can put the pieces together and can design treatments that are more effective for the patients.”