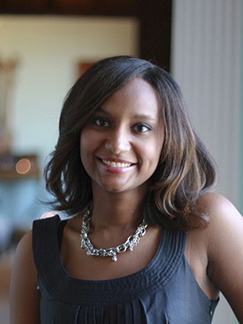 Research in the Spencer Lab is motivated by understanding the mechanisms related to the development of addiction as a relapsing, remitting brain disorder in order to guide the rational design or discovery of new, more effective treatments for drug addiction. Chronic drug use results in a variety of maladaptive neuroadaptations that set the stage for relapse even after protracted abstinence periods. It is our hope that a better understanding of the trajectory of the neuroplasticity, physiology, and neurochemistry that underlie behavior will help guide these pursuits. The Spencer Lab uses preclinical rodent models of reward and other related psychiatric domains to achieve this goal. We couple this behavioral analysis with molecular, pharmacological, and genetic tools

We have a major focus on glutamate and dopamine interactions within the primary reward circuitry (ventral tegmental area, prefrontal cortex, nucleus accumbens). We aim to validate a specific role of mesolimbic dopamine in controlling key biological adaptations at glutamatergic synapses in the nucleus accumbens that underlie cue-induced relapse to cocaine use. We are using viral mediated delivery of designer receptors exclusively activated by designer drugs (DREADDs) or optogenetics to activate and silence ventral tegmental area dopamine neurons during behavior. It remains to be seen what impact repeated drug relapse events are having on circuit function or long-term treatment outcomes, and our model will allow us to probe this question in the context of this circuit. We are also exploring novel pharmacological interventions for cocaine relapse including efforts to repurpose other FDA-approved drugs.

Additionally, we are studying mechanisms of cannabinoid reward. Cannabis is the most widely used illicit drug worldwide, but enduring health consequences of its use are largely unknown. Delta-9-tetrahydrocannabinol, the primary psychoactive component of cannabis, displays a narrow dose reward window but produces enduring neuroadaptations following chronic self-administration that resemble other drugs of abuse. As with other drugs of abuse, THC can dose-dependently produce both reward and aversion. Understanding how each is encoded will help guide development of therapeutics for treating cannabis use disorder as well as designing non-addictive cannabinergic therapies for other disorders.