Department Head and Professor, Department of Psychiatry and Behavioral Sciences 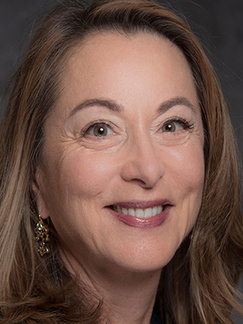 Department Head and Professor, Department of Psychiatry and Behavioral Sciences

Diplomate, American Board of Psychiatry and Neurology (1990)

Sophia Vinogradov, MD is the Donald W. Hastings Endowed Chair in Psychiatry and Department Head of Psychiatry at the University of Minnesota Medical School. She was previously the Vice-Chair of the Department of Psychiatry at the University of California, San Francisco, and Associate Chief of Staff for Mental Health at the San Francisco VA Medical Center. She received her M.D. from Wayne State University School of Medicine, obtained her psychiatry residency training at Stanford University School of Medicine, where she served as Chief Resident, and completed a Psychiatric Neurosciences Research Fellowship at the Palo Alto VA Medical Center and Stanford University.

Dr. Vinogradov directs a translational clinical neuroscience laboratory that focuses on cognitive dysfunction in schizophrenia. In collaboration with basic scientists, she studies neuroscience-informed computerized cognitive training exercises for patients with schizophrenia that aim to drive enduring plastic changes in cortical processing. Dr. Vinogradov uses MEG and fMRI methods to probe the brain changes in both early sensory processing and higher-order cognitive operations in subjects who undergo this cognitive training. More recently, she has begun to apply these methods to the study of adolescents who are prodromal for schizophrenia and young adults in early psychosis, with the goal of delaying or preventing the onset of a deteriorating psychiatric illness. Her work has contributed to a growing interest in the use of computerized “brain training” to treat some of the brain information processing abnormalities of psychiatric illnesses, and she was a participant at the White House conference on “Video Games to Enhance Attention and Well-Being.”