Did your parents make you take vitamins growing up, and you never really understood why? Well, your parents did you a favor because certain in-takes of nutrients can have enormous effects on your childhood brain development. An application of this concept is being tested by Jeffrey Wozniak, PhD, LP, who created a choline-based vitamin treatment to help enhance brain development in children with fetal alcohol spectrum disorders (FASD), which are brain abnormalities as a result of prenatal alcohol exposure. 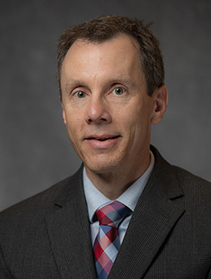 “There are two to five percent of first-graders in the U.S. that have FASD,” said Dr. Wozniak, a professor in the University of Minnesota Medical School’s Department of Psychiatry and Behavioral Sciences. “The reality is that this is a huge problem and there are not effective treatments available.”

Children with FASD have learning challenges, such as difficulty with memory, concentration and social skills. Dr. Wozniak knew that choline is a nutrient that enhances certain parts of brain development and understood how improvements to these learning abnormalities can be made at a very young age in children between two and five years old.

Studying the Effects of Choline

The nutrient choline is found in food, such as in eggs, but most people do not eat enough of it. Therefore, Dr. Wozniak conducted research that randomized a group of children between two through five years old, with one half receiving the choline nutrient and the other half receiving a placebo.

“Basically, we gave them a vitamin-treatment to take every day,” Dr. Wozniak said. “We manufactured a fruit-flavored drink mix that is palatable for kids, and they took the supplement daily for nine months.”

During those months, Dr. Wozniak and his team assessed cognitive and behavioral outcomes with neuropsychological tests. Then four years later, Dr. Wozniak conducted a follow-up procedure to analyze more data and look for any brain improvements. From this research, he discovered improvement in nonverbal intelligence—a form of intelligence that doesn’t require language—such as visual problem-solving, math, thinking, attention, concentration and memory.

“Children with FASD have very high rates of ADHD, and the group that received this treatment had lower levels of ADHD symptoms by the time we followed up with them four years later,” Dr. Wozniak said. “The interesting thing to be taken from this study is that it’s like a lever; you have a lot more leverage way back in a child’s early development compared to a child that is several years older. Once you have a number of years of development built on a less than ideal foundation, you have a lot more work to do, and you might not be able to fix certain aspects of cognitive functioning.”

Putting This Discovery to Work

To further their research findings, Dr. Wozniak and his team are currently taking MRIs of the brains of children with FASD and measuring what is happening physically to the brain after these children take the choline supplement for the current period of nine months and then have their follow up appointment four years later.

“We aren’t at the point where we can correct this entirely because we can’t reverse the damage of the brain from alcohol, but we know that choline optimizes brain development, and the effects could be potentially very powerful,” Dr. Wozniak said. “Since this is a nutrient, we are not looking to develop a commercial pharmaceutical drug for this. Ultimately, we hope this is something pediatricians can use when working with families who have affected children and implement this as a treatment much in a way that they could with a vitamin.”