For over four decades, the Center of American Indian and Minority Health (CAIMH) on the University of Minnesota Medical School, Duluth Campus, has been dedicated to mentoring Indigenous youth at each level of their education and beyond. When joining the CAIMH in 2014, Director Mary J. Owen, ’00 MD (Tlingit), assistant professor in the Department of Family Medicine and Biobehavioral Health, knew from experience that engaging with the local community would be essential for addressing the disparities among underrepresented students in education.

Recognizing the low high school graduation rates and high college attrition rates among Native American and minority students, CAIMH works in collaboration with local organizations and offices across the University system to offer pathways of support for underserved students. One such collaboration has been working with the Swenson College of Science and Engineering (SCSE) at the University of Minnesota-Duluth to improve recruitment and retention in higher education while cultivating a community of support around Native students.

“We wanted to make those connections with Native students early on so that no one feels left behind during their academic experience,” Dr. Owen said. “There’s participation on all levels of our collaborations, from faculty leadership hosting conversations to our medical students acting as mentors and extending resources for novel opportunities.”

Adapting their efforts amid the COVID-19 pandemic, the CAIMH has also lent a hand in personally reaching out to Native American undergraduates at SCSE who have indicated no immediate plans to return to their studies during this time.

“We are reaching out to people whenever we can and opening our door, trying to make them feel comfortable in responding or connecting with us,” Dr. Owen said. “For Native people, emphasizing relationships is most important. Right now, we’re asking them if they have everything they need and are bringing them supplies, even when they didn’t directly ask for them.”

The  CAIMH is also working on ways to keep students connected at the K-12 level. Led by Native American students of the University of Minnesota-Duluth and the Medical School, their participation with local Denfeld High School’s “Denfeld After School Happenings (DASH)” program, has continued to virtually match youth with mentors to build confidence in school success during the pandemic.

Advancing the Center’s mission toward equal access to education and cultural experiences, both on and off-campus, the CAIMH recently merged its operations with the Medical School’s Office of Diversity, Equity and Inclusion, led by  Ana Núñez, MD, FACP, vice dean for diversity, equity and inclusion.

“The best thing about the new transition is that it’s going to bring the Center’s programming, ideas, and 40-plus years of history to both campuses,” Dr. Owen said. “A lot of the issues that impact Native American communities also impact other minority populations, so as one medical school, two campuses, we can gain exposure to new ideas while sharing our expertise in community building.”

The CAIMH will be hosting a series of speaker presentations and panel discussions in 2021 aimed at educating professionals in higher education on issues and topics regarding Native American communities. To access upcoming and past recorded sessions, plus other helpful resources made available by the CAIMH, click here. 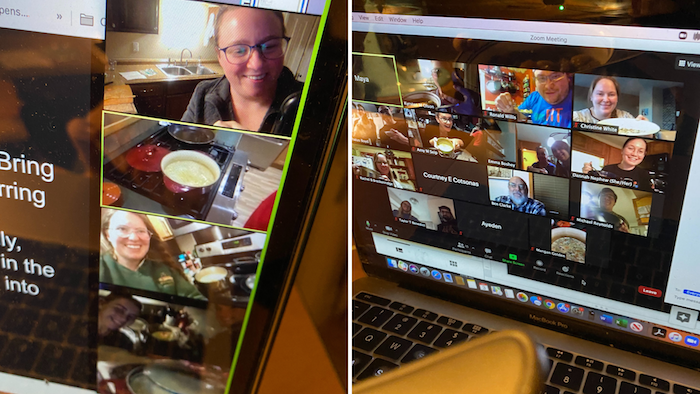