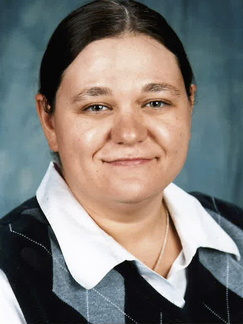 Dr. Lacher’s research focuses on characterizing cell-type specific patterns of gene regulation following exposure to various inducers of oxidative stress. Dr. Lacher is also involved in STEM outreach activities through the University of Minnesota's Innovators of the Future, Bois Forte Community Based Science and QueerScience Programs. Dr. Lacher received her BS in Biology with an emphasis in Secondary Education from University of Northern Colorado (2006). She then taught Secondary Science in Colorado before attending graduate school. Dr. Lacher earned a PhD in Toxicology from the University of Montana (2013), and was a Postdoctoral Associate at the University of Minnesota Medical School (2013–2018). Dr. Lacher is a member of the Society of Toxicology, and is a Founding Executive Board Member of the newly established Special Interest Group, Out Toxicologists and Allies (OTA). She is also a member of Women in Toxicology (WIT), Hispanic Organization of Toxicologists (HOT) and the Northland Regional Chapter of the Society of Toxicology.

Reactive oxygen species (ROS) are the byproducts of oxygen metabolism and are necessary molecules for cell signaling, homeostasis, and development. However, the balance between cellular oxygen and damaging ROS levels needs to be finely tuned; disruption in redox homeostasis often leads to cytotoxicity and can ultimately result in irregularities in development and pathology. Fortunately, cells have evolved mechanisms that allow them to directly combat disruptions in oxygen homeostasis and keep ROS levels tightly balanced to mitigate such effects. Cells rely heavily on the activity of transcription factors (TFs) in order to execute global gene expression changes. When it comes to oxygen sensing, one of the most important TFs is NRF2 (Nuclear factor (erythroid-derived 2)-like 2). Recently, we have come to better understand the ancient mechanism of global gene regulation by NRF2 in response to oxidative stress; in addition, we have also recently identified and functionally validated a number of novel NRF2 target genes. However, our current understanding of NRF2’s capability at selectively controlling antioxidant genes needs to be greatly extended in order to understand its global control of a multitude of mechanisms central to the cell’s response to oxidative stress.